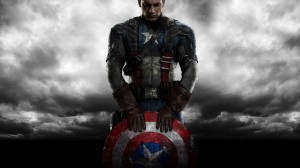 In some ways, this is going to be a big year for Christians.  At least in Hollywood.  More Christian films will come out in 2014 than have been released in the last ten years, and church leaders are hoping this will start a new trend in the film industry.

Son of God and God’s Not Dead came out several weeks ago, the loosely adapted Noah was released last week, and other Christian films set to be released this year include Exodus, Mary Mother of God and Heaven is for Real.  But the film most Christians are anticipating: Captain America: Winter Soldier.

What was that?  You don’t think Captain America is a bible-based film?  Here are ten reasons why you’re completely wrong.

I’m going to describe someone to you.  She is an attractive woman who works for the bad guys in a sexually promiscuous career.  However, she is befriended by the protagonists, turns from her wicked ways, ends up working for the good guys as a double agent/spy, and eventually becomes an important force of goodness.

Who did I describe?  Exactly.

(I can’t make any promises, but from the trailer, Scarlett Johansson appears to be more modestly dressed than ever. And if skimpy outfits were going to make an appearance, it’d be in the trailer.)

2. This is one of the few movies where Samuel L. Jackson doesn’t swear

As a youth pastor, I often am faced with a difficult challenge: “I want to play Samuel L. Jackson movies at lock-ins, but they are so inappropriate.”  For the youth leaders out there, you have undoubtedly faced this same problem.

Well thankfully, Winter Soldier solves this problem for us.  I can almost guarantee that Nick Fury will not enter into a fit of fury and yell, “I’m tired of all these Mother Mary double agents on my Mother Mary helicarrier!”

He once was weak, but now he’s strong.  That’s sort of Captain America’s mantra.  Ours too.

4. The Captain teams up with an angel 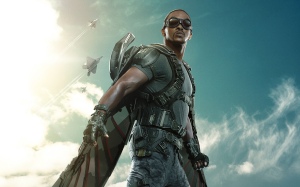 Technically his name is “Falcon,” but he’s a dude that can fly, battles the powers of darkness, and does whatever Captain America says.  Sounds like an angel to me.  (Anthony Mackie, who plays Falcon, also played an angel in Adjustment Bureau.  Coincidence? I think not.)

5. Who’s making the cameo this time?

The Avengers films always feature an unexpected cameo.  Who’s it going to be this time?  Thor? Hulk? Tony Stark? Or Moses and Elijah.  Let’s not forget that they invented the cameo.

6. The Winter Soldier is Judas

Sort of.  But I don’t want to spoiler alert any of you, so I’ll leave it at that.

7. The movie might actually be somewhat faithful to the source material

Son of God was guilty of several changes and omissions.  Noah was guilty of a lot more. And though I did support Son of God, we were all left saying, “The book was better.”

But it seems like Winter Soldier is for the most part consistent with the comics.  Unless you ask someone who has actually read the comics. 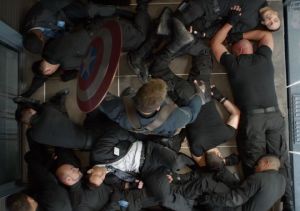 Jesus was surrounded by people who were supposed to be on His team, but ended up betraying Him for what they falsely considered was “the greater good.”  Sounds a lot like the first Winter Soldier trailer, if you ask me.

9. God is the original Avenger

10. What’s more godly than a movie with “America” in the title? 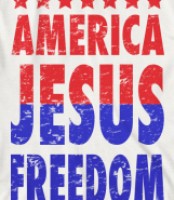 So there you have it.  Ten reasons why Captain America is bound to be the most Christian film of the year.  I was originally going to include a point about Steve Rogers epitomizing what is arguably the best comic book example of the hypostatic union, but decided it might offend people who actually knew what that was.

So see the film.  Support the film.  Then go to church on Sunday morning and talk to your friends about how the movie inspired you to read your bible more.