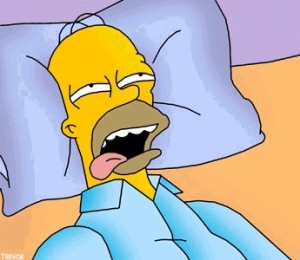 However, I don’t want to list 178 verses for you here.  Rather, I want to look at the entire bible as a whole and derive ten logical reasons why sickness sucks.

Then I’ll end with a question with an obvious answer that sort of drives the point home.  Enjoy.

Being sick meant you were unfit to properly worship God.  You couldn’t enter the temple, couldn’t make sacrifices, and couldn’t hang out with other people.  That is generally viewed as a problem for God followers, since your primary job is to, you know, worship God.

Jesus is the best picture of God we’ve got.  If you want to know what God is like, look at Jesus.  And when you observe Jesus, what you find is that He healed every single person who came to Him in faith.  Strangely absent from his three and a half year ministry: spreading malaria.

Deuteronomy 28 goes into extensive detail when describing the Curse of the Law.  In that chapter, God mentions just about every single type of sickness, disease, and infirmity known to man (it’s worth noting that He also calls out poverty as a curse).  Centuries later, Paul said Jesus’ sacrifice on the cross rendered us free from the Curse (Galatians 3).

Generally speaking, the Jews weren’t harmed by the plagues that destroyed Egypt.  God made sure His people were protected.  So even in the event of a deadly virus that threatens to wipe out humanity, rest assured that faithful Christians (read: faith-filled) will be kept safe.

No matter which chapter of the bible you read, you’ll never find a story of a terminally ill person using their sickness to promote the gospel.  Rather, you find those people begging to be delivered from their painful plight.  There was no organization in the bible called “Blind guys for Jesus”; they called themselves “Blind guys who really really desperately want to be healed, and won’t relent until they can see.”

Remember the Rich Man and Lazarus?  In Luke 16:25, Abraham said that Lazarus’ life was characterized by “evil things.”  The two defining characteristics of Lazarus were sickness and poverty.

There is a story where the disciples come to Jesus and ask Him, “Is this man sick because of his own personal sins, or because of the sins of his parents?”  The mainstream idea of the day was that sickness resulted from sin.  And guess what?  Your sins have been removed.

Jesus responds to the disciples’ question by saying, “Neither.  But to show you the glory of God, I’ll heal Him.”  Then POOF!, the man is healed.  People draw all sorts of conclusions from this story, but we have to agree on at least two things: a) Jesus viewed sickness as an unfit state for the man; and b) Jesus called healing “glorious.”

Jesus listed many sources of suffering that could befall Christians.  Just about all of them related to persecution.  Sickness never made the list.

Paul, too, listed many things that befell him on his travels (2 Corinthians 11).  Again, sickness didn’t make the cut.

And finally, a Question: Did Jesus ever get sick?